Plasmas at temperatures as high as those required in fusion reactors impose several technological and scientific challenges. In addition to plasma physics, magnetic confinement and plasma stability control among others, materials science plays a critical role in the overall performance of the machines. High-energy particles expelled from the plasma collide with the components of the machine decreasing weakening the materials and decreasing their capability to endure the conditions inside the reactor.

Highlight: Shot to shot diagnostic of PFCs in tokamak reactors

Materials with high melting temperature and good mechanical properties are required as PFCs given the extreme conditions in the fusion environment. Tungsten, molybdenum and graphite are currently the best options. However, light particles i.e. D, T and He when accelerated at high energies penetrate the structure of these materials, producing embrittlement and decreasing their thermal properties. This destructive process has a direct effect in the plasma.

A solution to this issue is the use of liquid metals as PFCs. One of the most popular materials for this application is lithium. Several experiments around the world have shown that Li has a big impact in plasma performance. Inter alia, a dramatic decrease in recycling and impurities sputtering are attributed to Li.

Many questions about the relationship between materials in the first wall and the plasma remain unanswered. The Materials Analysis Particle Probe (MAPP) was conceived to act as a link between plasma and surfaces and provide first hand evidence to answer those questions. 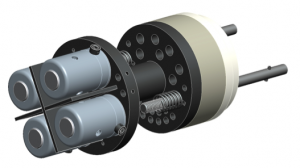 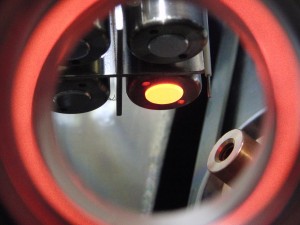 One single sample in the holder is heated approximately to 800˚C, while the other three samples stay around 60˚C

MAPP is an in-situ characterization device, designed to be attached to fusion reactors, expose an ensemble of samples and characterized them in a shot to shot basis. MAPP is equipped with a set of diagnostics that allow us to register chemical changes in our samples after their interaction with fusion plasmas. MAPP’s capabilities include X-ray Photoelectron Spectroscopy (XPS), Thermal Desorption Spectroscopy (TDS), Ion Scattering Spectroscopy (ISS) and Direct Recoil Spectroscopy (DRS). 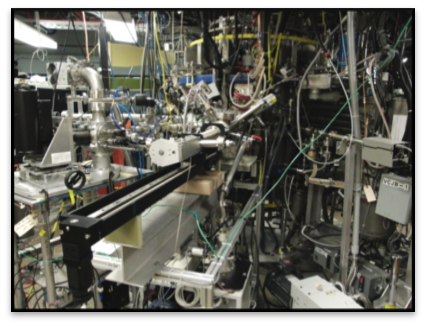 MAPP’s results complemented with controlled laboratory experiments and modeling will explain the mechanisms behind damage of materials by high-energy particles and the relationship between Li conditioning and plasma performance.